An experience years in the making

When you attend a concert at the Kennedy Center, there is a certain expectation that you are about to experience something exceptional. So when it was announced that Michael W. Smith would be in concert with a full orchestra and 250-voice choir at this world-renowned venue, you knew it would be special.

What some may not have realized was something else exceptional about this concert. If you looked closely on the stage, you may have been able to pick out a couple of familiar faces (or voices). Within the sea of faces in the choir, WGTS 91.9’s Stacey Stone (Afternoons with Johnny & Stacey) was there, and in the orchestra, Rob Conway (Music Director) was in the violin section! 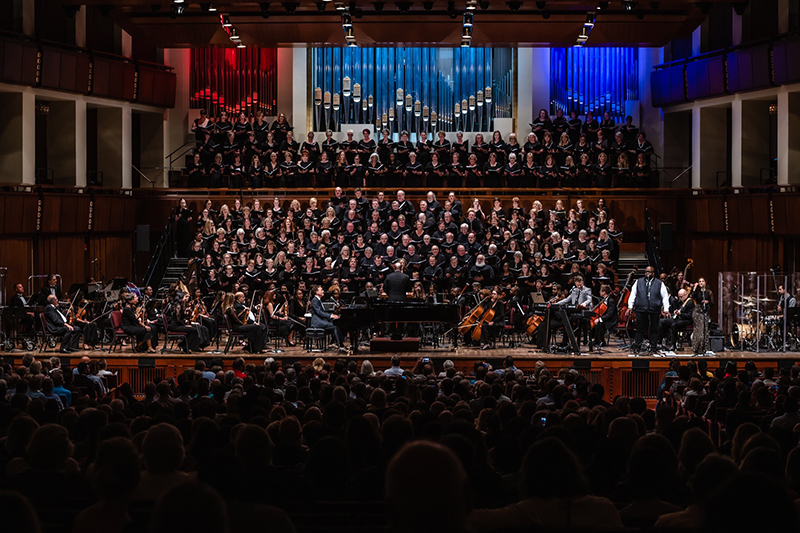 Even while working in Christian radio for a number of years, and having Michael W. Smith as a guest a number of times, Stacey says, "Few choir experiences will be able to top singing at the Kennedy Center with Michael W. Smith. I have sung in choirs for years and to stand there, watching David Hamilton conduct with Michael at the piano was a dream come true."

For Rob Conway, the fact that he plays the violin has been a well-guarded secret. “It’s not something I bring up very often, but I studied music and was in a touring orchestra before I got into radio.” But even before that, he says he was a huge fan of “Smitty’s.”

“My dad worked at a local Christian bookstore,” recalls Conway. “I would go over there after school many days and just hang out in the music section, sampling all the newest songs. And I absolutely fell in love with Michael W. Smith’s music. That’s where the dream started for me.” 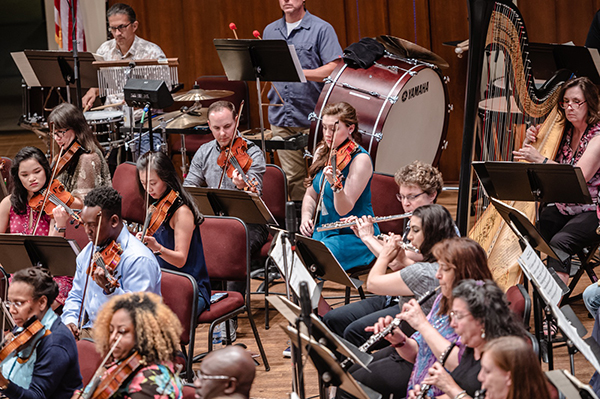 This evening provided the perfect opportunity for him to combine the love of the violin with his love of Smith’s music.

The response to the selections that evening were well received. He ran the gamut from classics like “Friends,” to patriotic instrumentals like his piece “Freedom,” several worship anthems, and even some Christmas favorites! There was literally something for everyone.

For both Stacey and Rob, it was an unforgettable night. Stacey sums it up well: "I found it awe inspiring to hear the name of Jesus lifted up and the worship taking place at the Kennedy Center. Singing songs that Michael wrote years ago that still impact people today and performing at that iconic hall was an experience I will never forget."