Becky from Middays and Producer Spencer both agree: “It was a God wink moment that gave us chills!”

WGTS had the chance to super-serve a listening family in need this Christmas.

The other day, Producer Spencer received a phone call from a listener named Paula asking for prayer for her family as they're having a very difficult year.

Earlier that morning, Becky had just so happened to have spoken with a listener involved in the Toys For Tots program. She felt God's prompting to ask if we knew of anyone in need. She had a van load of toys and felt impressed to check in with WGTS.

Paula and her 8 children and 1 grandchild had to leave their condemned living conditions and were staying in a hotel. They have been scraping their money together to save enough for a deposit on another apartment, so Christmas gifts were out of the question. But God...

It’s amazing how God works to bring people together! Thanks to a partnership with Toys For Tots, Paula's family will not have plenty under the tree! 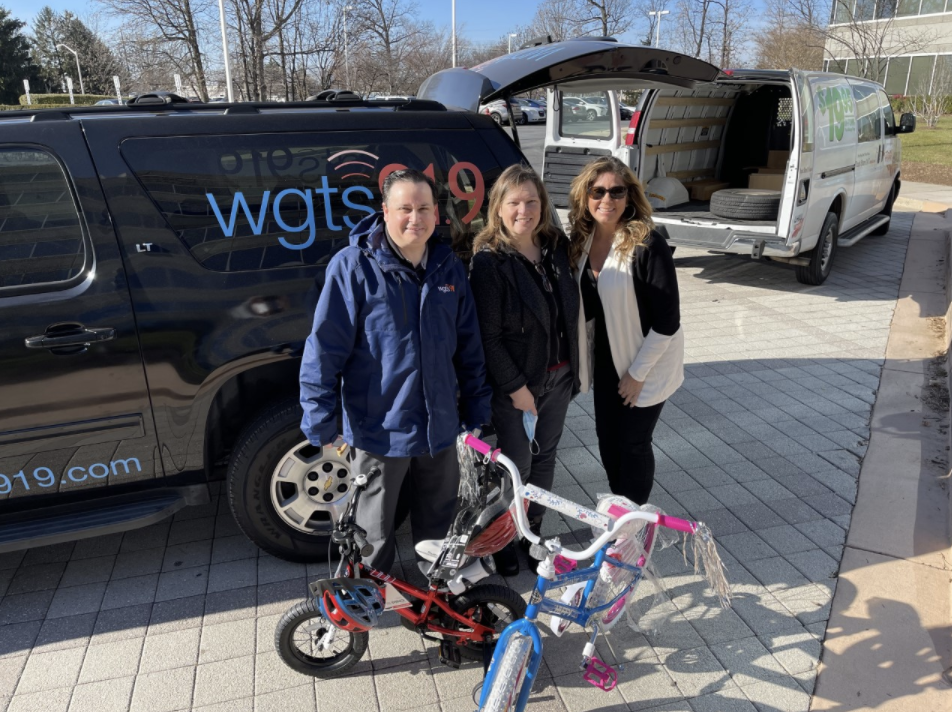 Becky, Producer Spencer and longtime listener and Virginia State Trooper, Michael McSellers, got to meet up with Paula and share the joy with her. She shared how her faith in God has gotten her through so much and continues to show up in ways she could never imagine! **Listen to the audio of Paula sharing her story below**

Becky says: “I learned from this meeting that when God says do something, obey Him. Don’t overthink it or make it too complicated. If He’s in it, it will work out as planned.” The team had a chance to pray with her also.

“I was so inspired speaking with Paula and hearing how her faith keeps her strong and protects her from the enemy getting her down.”