Jerry & Blanca spoke with Cavanaugh Bell, a first grader who has distributed more than 100 single-person care packs locally and has helped serve about 360 hot meals to people in need! He was even featured in a recent episode of NBC's Little Big Shots for his efforts. 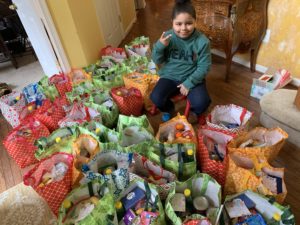 Listen below to what inspired this Gaithersburg native to do this.

Learn more about Cavanaugh's efforts and how to get involved here.