There have been a lot of movies made about the life of Jesus, but there's never been a complete series done about him, until now.   Over 23-million people have streamed "The Chosen."  It tells the story of Jesus in a whole new way, staying true to the Bible, but filling in some of the gaps with what it would have been like for someone to meet and even be a friend of Jesus.

This series was totally funded by donations.  Over 15,000 people gave $10-million dollars to have it produced and that set the record for the biggest crowd-funded campaign for any TV series to date.  The plan is to make many more seasons of the show and to crowd fund them as well.

Jerry Woods from the morning show had the opportunity to catch up with Jonathan Roumie, the actor that plays Jesus.  Jonathan shares the miracles in his life that strengthened his faith and what it's like to play the role of Jesus.  Listen to the podcast below.  You can download the free app for the show in the Apple app store or the Google Play store, just look for  "The Chosen."  You can also watch the first episode here and download the app from this link. 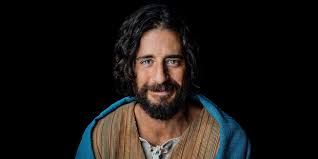 Jerry spoke with him about how he prepared to play Jesus and his personal faith journey.